The IPL final of 2013, then gets some of the retail sales of the IPL. This is a great tournament for the youngsters. And in 2013 the Tendulkar’s farewell and also the Rohit Sharma’s captaincy and much more.

That final day was a very important day for the Mumbai fans and the Mumbai players. That day most of the player’s career is to be decided. Most of the youngsters played Ranji trophy for many years. That time the young star’s name was Rishi Dhawan. He was not quite getting a break in the IPL. He had started to play in 2008 when KXIP bought him. But unfortunately, he had not played a single match in that whole season. In 2013 he was only under 19 players and no more. That’s why that time he didn’t get any preference in any way

And in 2013 Mumbai Indians picked him and that final day he was going to play his first final in his life. That moment is so good. That time he told himself that not any stage is bigger than that moment so show your worth to everyone.

That was very important for the Mumbai Indians too. Because if they won then, in the franchise they are the first team. And also that was Sachin Tendulkar’s last final in the cricket world. That’s why everyone is giving his efforts for the win. And also win the trophy and tribute to him. And that thing is the motivation for the Mumbai Indians. And in Dharmsala the last league match that was the turning point for Rishi Dhawan and also the other youngsters.

Rishi’s first IPL season was worse for him because in that match he did not even get a bat or bowl. But in the Mumbai Indians in his first game, he got the chance to bat against the Rajasthan Royals, and Rajasthan royal scored so many runs in that innings and Mumbai’s top order failed and Rishi went for a duck. Because that was his first game with the international players. And before he played only domestic cricket that’s why that was so hard for him.

In the interview, he said that he was trying to impress the coach in his next season. But there is a nice backstory to the boundary. That time no one focused that much on the fact that they were playing against Chennai in that final. What was the tough time because they lost their qualifiers against them.? But in qualifier 2 they did very well, then the team Mumbai Indians their confidence rose again. Also, they were beaten by Chennai 2 times in that season. Therefore at that time they tried to play a different level of cricket.

But once the time came then his only role in that match was just to give the strike to Pollard. In an interview, he also said that before the match he talked about his brother. And after they won, they were shouting too much in their dressing room. 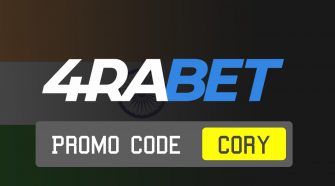